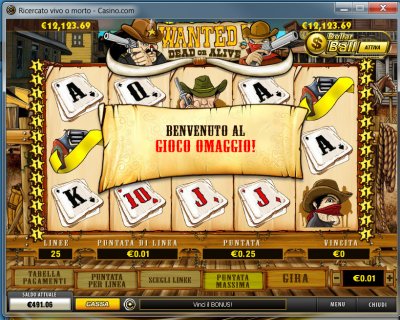 One of the biggest draw cards of video slot machines is the additional bonus games. Not only do they give you a whole new way to win but they can be very entertaining. Considering that playing slots should always be fun this can really give you even more value for money.

While there are thousands of different slot games there are really only a handful of different bonus types. In this article we outline the most common and explain what happens when you hit the feature.

The first thing we can do is separate the feature types into "On the Reels" and "Off the Reels". As the names suggest, the first type of bonuses occur on the normal five spinning reels while the second group occur on a separate bonus screen or even a different part of the machine.

The most common reel based bonus game found on video slots is the free spin bonus. We estimate that over 50% of all video slot machine have a free game feature of one kind or another. In general you need to hit a certain amount of scatters to win a set amount of free spins. In most cases wins on the bonus are multiplied by a win multiplier of between 2 and 6. Examples of games with free spins include IGT's Cleopatra and Aristocrat's Super Bucks III.

Another type of free spin bonus is the "Hold and Spin" style. On these games you hit a certain combination and those reels are held while the other reels re-spin. Quite often the re-spin is a second chance at another type of bonus or a shot at a bigger jackpot.

Of course free spins are not the only type of reel based bonus. There are other types such as wild multipliers, randomly changing symbols, cascade features where wins are removed and further symbols fall into their place, expanding wilds where the wild symbol expands to cover the entire reel it is on and slide features where one symbol moves across the reels.

As soon as you get off the reels the amount of different styles of bonus games becomes only limit by the game designers imaginations. Having said that, there are still only really a few different principals. One of the most popular is the "Pick a Box" style bonus game where you are presented with a series of choices and you have to select items to win.

The "Pick a Box" bonus comes in many different variations, for example on games such as WMS Gaming's Jackpot Party you get to pick boxes until you pick the Pooper symbol. This is sometimes referred to as a "Pick until Pop" game. Other styles include multi leveled games where picking the correct item gives you a shot at the next level of prizes and in some cases even a progressive jackpot such as on IGT's Million Dollar Pyramid.

@ChelseaIsing good slot machines there have like wheel fortune bonus think, at the top sometimes it does look like roulette. Sat, 13 June 2015 09:55 AM